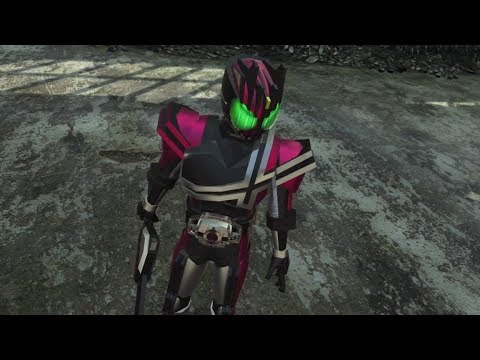 Gameplay footage of Kamen Rider Decade from Kamen Rider: Climax Fighters on Playstation 4. He is the titular Rider from the 19th season of the show. Decade’s skill allows him to Kamen Ride into either Kuuga, Agito, Ryuki, Faiz, Blade, Hibiki, Kabuto, Den-O, or Kiva. You pick 3 out of these 9 before each fight, & those are the ones he can transform into. He will remain in that form & have access to that Rider’s moveset until the skill is used again, or you’re KO’ed. His Evolution Burst changes him into Complete Form, giving him a new moveset in which each of his Rider Arts are the Final Attack Rides for the 3 Riders you selected before the fight for Decade’s skill. His Super Rider Art is the Diend Final Attack Ride.

Check out my other Kamen Rider: Climax Fighters videos:

Game admin - June 26, 2020 47
Today I reupload old videos but I update it better than before. In this video I will share you techniques and skills how to grow...
Facebook Twitter Vimeo VKontakte Youtube
© Copyright @ 2020 By mochoquynh
MORE STORIES
Tổng Hợp